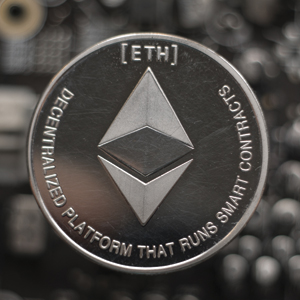 Ethereum (ETH) is a blockchain platform that is designed to enable others to build their own decentralized applications (dApps). A user who wished to make use of the Ethereum platform is known as the Ether browser. The advantage of creating a dApp rather than a regular app, lies in its decentralized nature. Decentralization entails data being stored across multiple nodes (computers) on the network, as opposed to a centralized location.

This method decreases the chances of data becoming corrupted or lost. By using blockchain as the method of decentralization, Ethereum provides dApp developers with a framework of transaction that is transparent, trustless and secure. This security stems from the fact that all content on the blockchain is stored cryptographically, meaning that the data can only be decrypted with the consent of the data-owner. As it is decentralized, it will also allow for peer-to-peer and business to business exchanges of data, without middlemen being involved or having access to their data. It will remain user-controlled.

Another positive benefit of decentralization is that it can fractionalize data, and that it automatically distributes the encrypted data across nodes according to the excess space available, thereby ensuring that users have more storage space available on their hard-drives. As the awareness of bitcoin increased, so did public awareness of blockchain, and its potential uses. This motivated Vitalik Buterin to create a general use blockchain that wouldn’t be limited in its functionality. For instance, the bitcoin blockchain can only be used to store, track and transact bitcoin. While this is effective as a method of eliminating double spending and other false activities, it also necessitates the use of other blockchain platforms for other activities, such as the transaction of digital goods, KYC authentication and so on