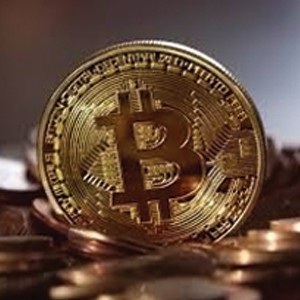 Bitcoin (BTC/XBT) was the first cryptocurrency to be based on a blockchain and to be fully decentralized. The genesis block was mined in 2009 by its anonymous creator, Satoshi Nakamoto, who went on to mine BTC rumored to be between 500,000 – 1 Million BTC before retiring from the space. BTC is minable with a total potential of 21 Million coins to be mined. Each BTC comprises of 100 Million Satoshis, like how each US Dollar comprises of 100 cents. For most of its history it has held both the highest price and market cap value in the cryptocurrency space.

This cryptocurrency is also the first instance of a blockchain being implemented in the real world and has since inspired the creation of many other Altcoins and blockchains using different hashing algorithms, which allow for different types of transactions. Bitcoin itself was created purely as an alternative monetary system, although most hodlrs in the cryptocurrency space argue that it functions more as a store of value than a real currency, due to its high-latency times and high transaction fees. It is also considered by many enthusiasts to be the only chain to be truly immutable blockchain, according to existing computing power and technologies.

Bitcoin has quickly become a mode of payment for many online gambling sites. Among the benefits of using Bitcoin include anonymity, smaller fees, quick payouts. Bitcoin is also a currency that has no borders and can be used worldwide.